Email ThisBlogThis!Share to TwitterShare to FacebookShare to Pinterest
Labels: NBDE

Email ThisBlogThis!Share to TwitterShare to FacebookShare to Pinterest
Labels: NBDE

The Dental Council of India has approved a three-year master of dental surgery (MDS) course in forensic dentistry.
Forensic dentistry or forensic odontology is the proper handling, examination and evaluation of dental evidence.
"The proposal to have MDS in forensic dentistry has been approved by the Dental Council of India at a meeting on May 14 at Chandigarh. The proposal will now be sent to the central government for an issuance of notification," said Dr Ajit Dinkar, professor at Goa Dental College, who is also a member of Dental Council of India.
Dental Council of India is a statutory body incorporated to regulate dental education and the profession of dentistry throughout India.
Dr Dinkar explained that forensic dentistry is the need of the hour and there are hardly any qualified forensic dentists in the country. Forensic dentists are responsible for six main areas of practice which include identification of human remains, identification in mass fatalities, assessment of bite mark injuries, assessment of cases of abuse (child, spousal, elderly) and age estimation.
The evidence that may be derived from teeth is age (in children) and identification of the person to whom the teeth belong. This is done using dental records including radiographs, antemortem (prior to death) and postmortem photographs and DNA. "In Goa, we get several cases of drowning deaths, which are referred to us for forensic dentistry," said Dr Dinkar.
The other type of evidence is that of bite marks left on either the victim (by the attacker), the perpetrator (from the victim of an attack), or on an object found at the crime scene. Bite marks are often found on children who are abused. 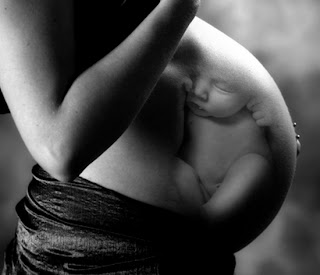 If you're planning to become pregnant or suspect you're already pregnant, it's important that you see a dentist right away. Pregnancy may cause unexpected oral health changes due to hormones—particularly an increase in estrogen and progesterone—which can exaggerate the way in which gum tissues react to plaque. Research continues to show that overall health and oral health coincide, so it's especially important for you to maintain good oral hygiene throughout your pregnancy. Visiting your dentist will allow him or her to assess your oral condition and map out a dental plan for the remainder of your pregnancy.How does plaque build-up affect me?When plaque isn't removed, it can cause gingivitis—red, swollen, tender gums that are more likely to bleed. So-called "pregnancy gingivitis" affects most pregnant women to some degree and generally begins to surface as early as the second month of pregnancy. If you already have gingivitis, the condition is likely to worsen during pregnancy. Untreated gingivitis can lead to periodontitis, a more serious form of gum disease that includes bone loss. How does gingivitis affect my baby's health?Research suggests a link between pre-term delivery, low birthweight babies, and gingivitis. Excessive bacteria can enter the bloodstream through your gums; the bacteria can travel to the uterus, triggering the production of chemicals called prostaglandins, which are suspected to induce premature labor. How can I prevent gingivitis?You can prevent gingivitis by keeping your teeth clean, especially near the gumline. You should brush with fluoride toothpaste at least twice a day and after each meal when possible. You also should floss each day. Good nutrition keeps the oral cavity healthy and strong; in particular, you should get plenty of vitamins C and B12. More frequent cleanings from the dentist also will help control plaque and prevent gingivitis. What are pregnancy tumors?Pregnant women are at risk for developing pregnancy tumors—inflammatory, non-cancerous growths that develop between the teeth or when swollen gums become irritated. These localized growths or swellings are believed to be related to excess plaque. Normally, the tumors are left alone and will usually shrink on their own after the baby's birth; however, if a tumor is uncomfortable and interferes with chewing, brushing, or other oral hygiene procedures, your dentist may decide to remove it. Are there any dental procedures I should avoid?Routine exams and cleanings can be performed throughout pregnancy; however, non-emergency procedures should only be performed during the second trimester of pregnancy. Dental emergencies that create severe pain can be treated during any trimester, but your obstetrician should be consulted during any emergency that requires anesthesia or whenever medication is prescribed. X-rays should only be taken for emergency situations. Lastly, elective and cosmetic procedures should be postponed until after the baby's birth. Because every woman is different, it's best to discuss and determine a treatment plan with your dentist.By WORLD OF DENTISTRY
Posted by Kumar Anshul at 4:28 am 4 comments:

Email ThisBlogThis!Share to TwitterShare to FacebookShare to Pinterest
Labels: Periodontology

Anesthetic gel made from a rare plant found deep in the Peruvian rainforest has been found to be so potent that it could potentially replace the uncomfortable anesthetic injections used prior to dental procedures — and provide a natural remedy for aching teeth, scientists say.
The remarkable painkilling properties of the Acmella oleracea plant, commonly referred to as Spilanthes Extract, have been used for centuries if not millennia by Incas to treat toothache, ulcers, abscesses and to even clean teeth.
Indigenous tribes revealed the secrets of the plant to Cambridge University researcher Dr. Françoise Barbira Freedman, who has spent more than 30 years visiting and living with the Keshwa Lamas tribe of Peru. Freedman said the plant could literally transform western dental practice.
Freedman became the first westerner to be accepted into the secretive society in 1975. During one of her trips to the rainforest, she suffered severe pain in her wisdom teeth. She was given the remedy by the tribe‘s medicine men and the pain subsided “immediately,” she said.
Years later, she was asked to provide Cambridge with some examples of the remedy. She had listed several plants that were included in the remedy with the oleracea plant being listed at the bottom. For some reason the list got turned around and oleracea was the first on the list. Once back in the UK, oleracea was tested first and immediately proved successful.
She said the plant, which works by blocking nerve endings to provide a numbing effect that can last for an hour or more, had proved successful in early stage clinical trials with no apparent side effects. She received positive feedback from patients on the benefits of usage.
The gel was considered more efficient than the standard anesthetic used when patients with gum disease need pain relief. The effects of the oleracea plant lasted longer, and patients were more likely to attend follow-up appointments.
In informal tests, the plant extract also helped treat mouth ulcers and ease pain due caused by dentures and braces.
Freedman is hoping to bring the remedy to market under her company, Ampika Ltd., a spin-off of the university’s commercial arm Cambridge Enterprise, by as early as 2014 as a natural alternative to synthetic painkillers.
She said she plans to share any profits from the sale of the gel with the Keshwa Lamas community in Peru.
“This treatment for toothache means we could be looking at the end of some injections in the dentist’s surgery,” she told The Telegraph. “We’ve had really clear results from tests so far, particularly for procedures such as scaling and polishing, and there are many other potential applications.”
These range from soothing the pain of teething babies to relieving irritable bowel syndrome. “We think people prefer to use natural products and this is particularly the case for baby teething, for which, to my knowledge, there is no clinically tested natural alternative,” she added.
Researchers at Ampika plan to publish the trial results in an international dental journal and conduct further tests in several countries. They also want to refine the formula to develop a higher strength and longer-lasting product.
A. oleracea is a yellow flowering herb which originates from the Peruvian Amazon and was also brought to southern Asia by sailors in the 18th and 19th centuries under the name “toothache plant.”
—
On the Net:
Source: RedOrbit Staff & Wire Reports
Posted by Kumar Anshul at 4:12 am 6 comments:

Email ThisBlogThis!Share to TwitterShare to FacebookShare to Pinterest
Labels: Recent Trends and Discoveries

Due credit is given to every post in this blog. Even then, if you feel that the copyright laws are being violated here, you can mail me at bds.bachelorofdentalsurgery@gmail.com. The concerned material will promptly be removed

Advertise here and grow your business ! 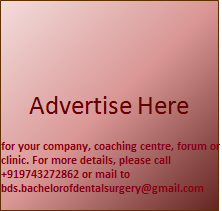 DO NOT COPY CONTENTS FROM THIS WEBPAGE